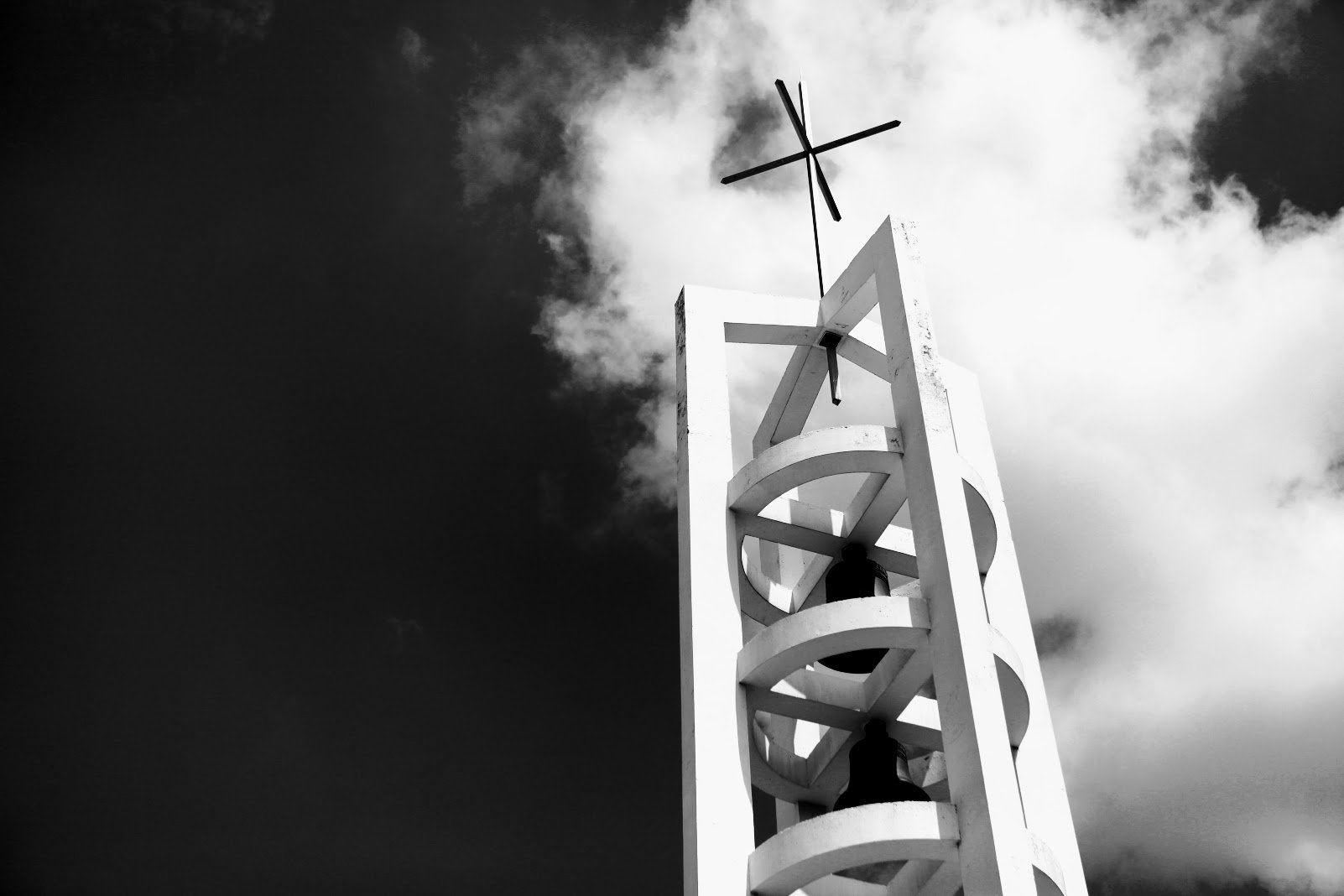 Even the early morning was hot during that Indian summer Sunday three months after our youngest daughter’s college graduation. My husband and I drank coffee, read the paper, and listlessly got ready for church. Daughter wanted to sleep in—she’d go to evening Mass. We were still late going out the door. Of course, her Jeep blocked our car in the driveway.

Why didn’t she park in the dang street? I griped.

Calm down, John sighed. I’ve got the key. We’ll drive it to church, then I’ll fill it up.

Why? It’s not your car. Let ol’ Dad surprise her with a tank of gas, John chuckled.

After Mass, as we approached the peak of the freeway overpass, I heard a BANG; simultaneously, the car lurched. Did you hear, I began—but my words trailed like smoke as the Jeep began a sickening centrifugal spiral: once, twice, across three lanes, then tipping, tipping . . .

Jesus! I cried. Jesus, help us! Please, Jesus help us!

John, grim and silent, maneuvered the wheel, keeping us upright as we spun, wheels smoking, finally, finally stopping on the grassy shoulder just downhill from the overpass spanning an intersection. Gasping, we saw a car pull in front of us.

A man opened the door and approached. It took me a moment—Oh, God—Lucius, our mailman!

He walked slowly. He was shaking.

My wife and I were coming from Bible church when we saw the tire blow off the rim. We just started praying, Jesus, help them! Jesus, help them! We didn’t know it was you! Then, there were no cars where there were before! I don’t know how you didn’t roll, but Joyce said angels held you up!

Now I know. John said, and shook his head.

There it is! said Lucius. Matthew: Eighteen-Nineteen-Twenty: ‘Again I say to you, that if two of you agree on earth about anything that they may ask, it shall be done for them by my Father who is in heaven. For where two or three have gathered together in my name, I am there in their midst.’

Lucius and his wife, I later learned, had gone to a different church that morning, seeking salvation for their foundering marriage. They were, he said, desperate for a sign, and they found that sign when my daughter, who annoyed me by parking behind us and not going to Mass that morning, left her car for us to take. If she’d been driving, John told me, she might have gone off the bridge. The Jeep did not have power steering, and it took all his skill and might to keep it from toppling.

Like a modern parable, God brought four of us together on a bridge one blistering Sunday to show us, in powerful simplicity, that the hand of Christ is never off our shoulders, and the road to salvation is nearer than we ever imagine.