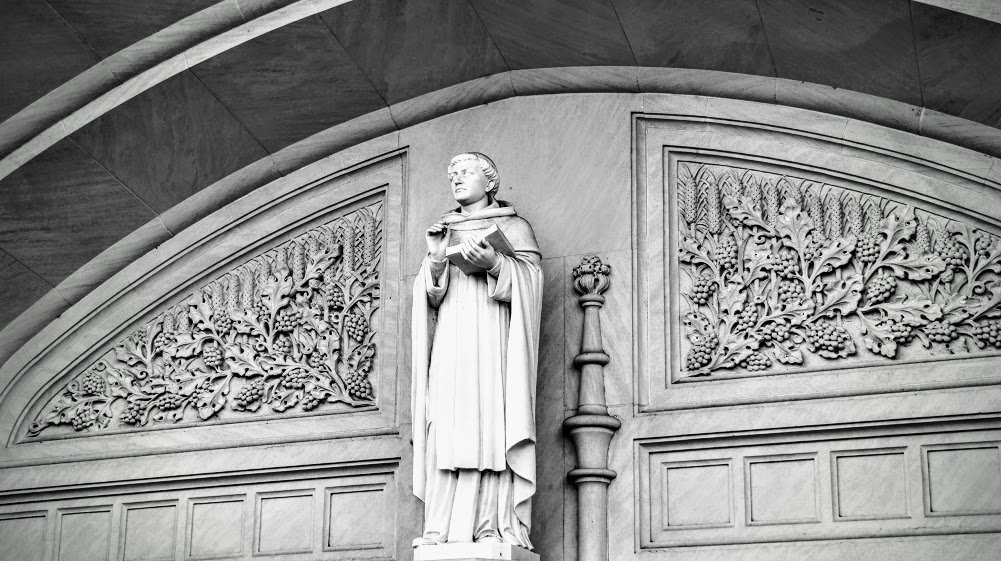 On this feast day of St. Thomas Aquinas, it is not only as a scholar but also as a mother that I rejoice and praise God for the Angelic Doctor.

In graduate school in philosophy, I specialized in Aquinas. I spent the better part of seven years reading his works. My idea of God expanded exponentially as I pondered Aquinas’ incredible attempts to describe the infinite goodness and power of God. At the same time, my appreciation of the fragility, contingency, and yet unspeakable dignity of human persons developed. I shifted from being a typical American consumer, seeing human beings in terms of what they can produce or contribute, to marveling simply that they exist in the first place, and exist with such royal magnificence, reflecting the beauty of their creator.

During those seven years, I married the cutest guy in the department next door, theology. He rode a motorcycle, hung out in jazz clubs, and was infatuated with the early Church Fathers. What more can I say. We were engaged after only a few months of dating and married within one year of our first night out.

Newly married, I labored hard over my dissertation on Aquinas’ arguments for God’s existence. I worked around the clock and sometimes felt like my head would explode. But through it all, I was able to maintain a sense of wonder and awe at the beauty of God and his world, which Aquinas describes so poignantly.

Nothing, however, brought that awareness home as powerfully as becoming a mother. When my husband and I conceived a child, my sense of amazement at the creation of this new creature was so palpable, I felt like I was floating in a sea of wonder-awe. I could not believe that the God who creates the world ex nihilo invites us frail creatures to participate in this magnificent event. As I carried our child in my womb for nine months, and then delivered and held our firstborn son in my arms for the first time, I delighted in an almost supernatural joy that I would be so honored as to get to care for this tiny, seven-pound child of God.

Aquinas suddenly ceased writing his magnum opus, Summa Theologiae, and left it incomplete. Several legends attempt to explain why. One of them holds that Aquinas was praying before the Blessed Sacrament and had a vision of God that was so indescribably wonderful that after that, he could not write another word. He said that after that vision, all that he wrote seemed “like straw.” Aquinas spent his life in awe of God and creation and tried to give intellectual grounding for his constant mystical awareness. Then he had an experience in prayer that made even his writing seem irrelevant. Essentially, Aquinas’ testimony tells of his wonder and awe in God and the created world, two times over.

I have not had the same mystical experiences that Aquinas had. But his message to me that opened my mind, heart, and imagination to the wondrous reality of God and his precious creation was punctuated and fulfilled in motherhood. It is as a mother that I know and live most fully the truths that Aquinas labored his whole life to share. As I sit at our dinner table each night with my family, I marvel that God bestowed on me the gift of these six children, each one being so unique, so independent, so gorgeously-beautifully-wonderful just by virtue of existing (it’s every mother’s right to say so about her children, right?!). True, I live each day living on a practical level, working hard to supply my children with all they need. Some days, the demands of motherhood are so intense I feel like I am going to explode. But I cannot help but maintain a constant awareness of the privilege of being the motherly custodian of these treasures that do not have to exist, but by the grace of God exist in manners that so marvelously manifest the glory of God. I cherish their lives and their very selves and praise God that he chose to create them.

St. Thomas Aquinas, pray for us! 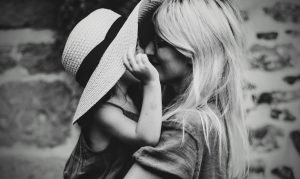