Anna Dunikoski // Tales From the Trenches 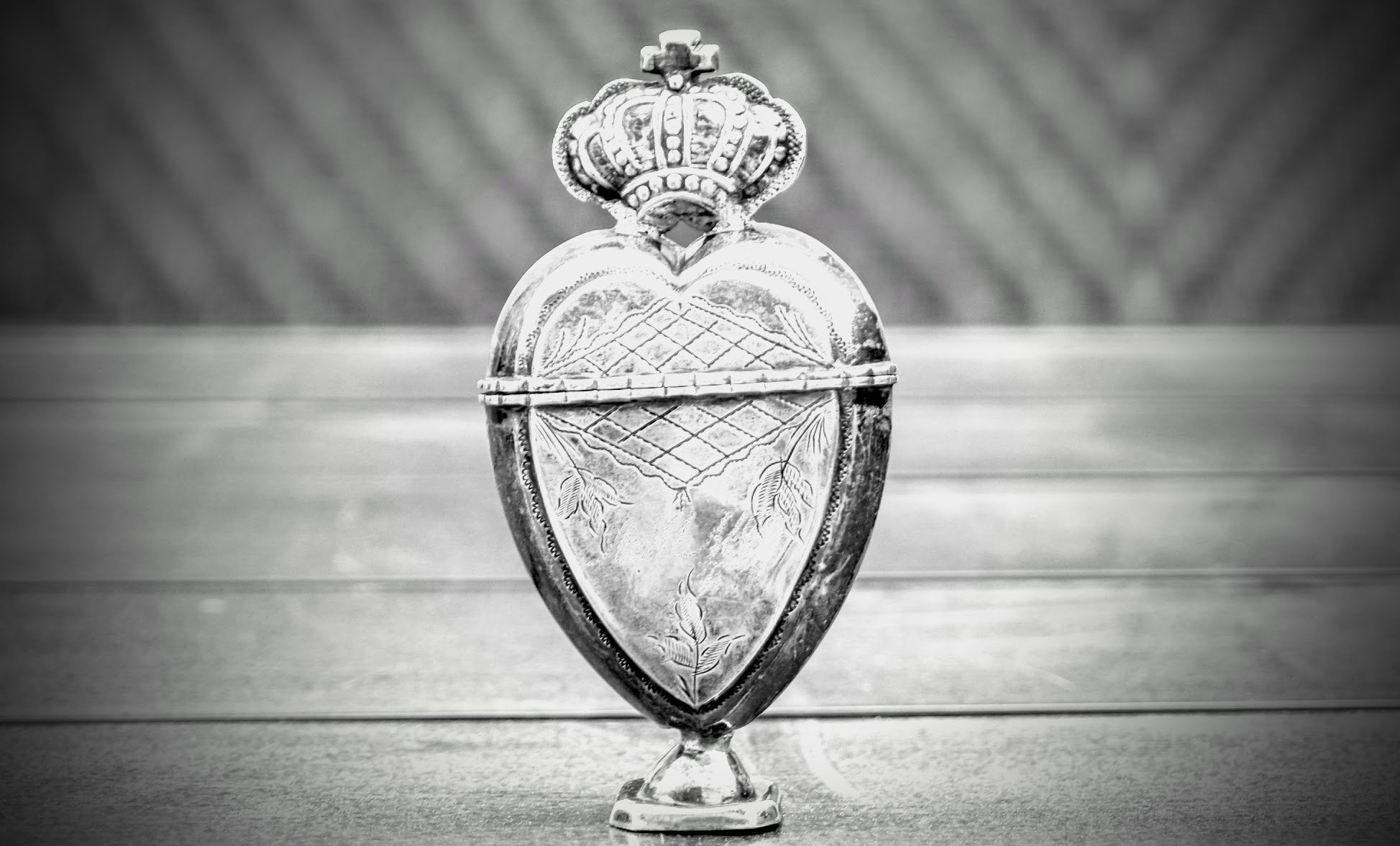 As we drove along in the car, my youngest son pondered out loud about his pending “show-and-tell.” A lot of kids just did the “show” part,” he said. “They say, ‘This is my toy,’ and show it to the class. I want to bring in something to tell about.”

As such, on the appointed day, he pulled a carefully considered, little, silver container out of his backpack. He proceeded to tell his second-grade peers that it had originally belonged to his great-great-great-great-grandma, Berta Maria, around 170 years ago in Norway. She gave it to her granddaughter who brought it with her when, at nineteen, she left her family on a ship bound for America.

The story of how I came to know about Will’s poignant show-and-tell item is a bit of a mystery. I found it several years ago in a box of odds-and-ends. I didn’t know what it was and might have tossed it, had I not noticed that it opened up and that there was a folded note inside. At the top it said, “This little silver house belonged to your mother’s grandmother.” A list of names and Norwegian cities followed. Despite the shaky handwriting and unclear details, I pieced together that the note was originally written by my great-grandmother, the woman who had sailed from Norway, to her daughter, who eventually became my grandmother. Under the original note was a cryptic sentence in which my grandma had bequeathed the silver container to me. I don’t know why I never knew anything about this gift before I found it in a box of miscellany.

I did not grow up feeling close to my grandma; I grew up in a family that was somewhat isolated, emotionally and geographically, from our other relatives. I imagine, however, that I was closer to her than she had been to her own grandmother, who lived a continent away. I’ve always been aware of the distance I’ve felt from my grandma, but as I sit here now and look at this little silver house, it dawns on me that, in this fallen world, distance between us and those we love is often just the case. Looking at this little house, I’m realizing that, whereas I’ve always been more aware of the distance between us, my grandma was more aware of the love. She gave this house because she wanted me to know that love.

As a mother whose oldest children are nearing adulthood, I get this. We already don’t have the exact relationship I want. Our personalities and expectations grate, and I am not a perfect mom. Despite my efforts and desires, there is distance between us. Yet I love them fiercely, and I hope they always know that. I bet that’s the same thing my grandma wanted when she passed this house on to me and the same thing that Berta wanted when she gave it to my great-grandma, Anna, some 100 years ago on a distant Norwegian shore.