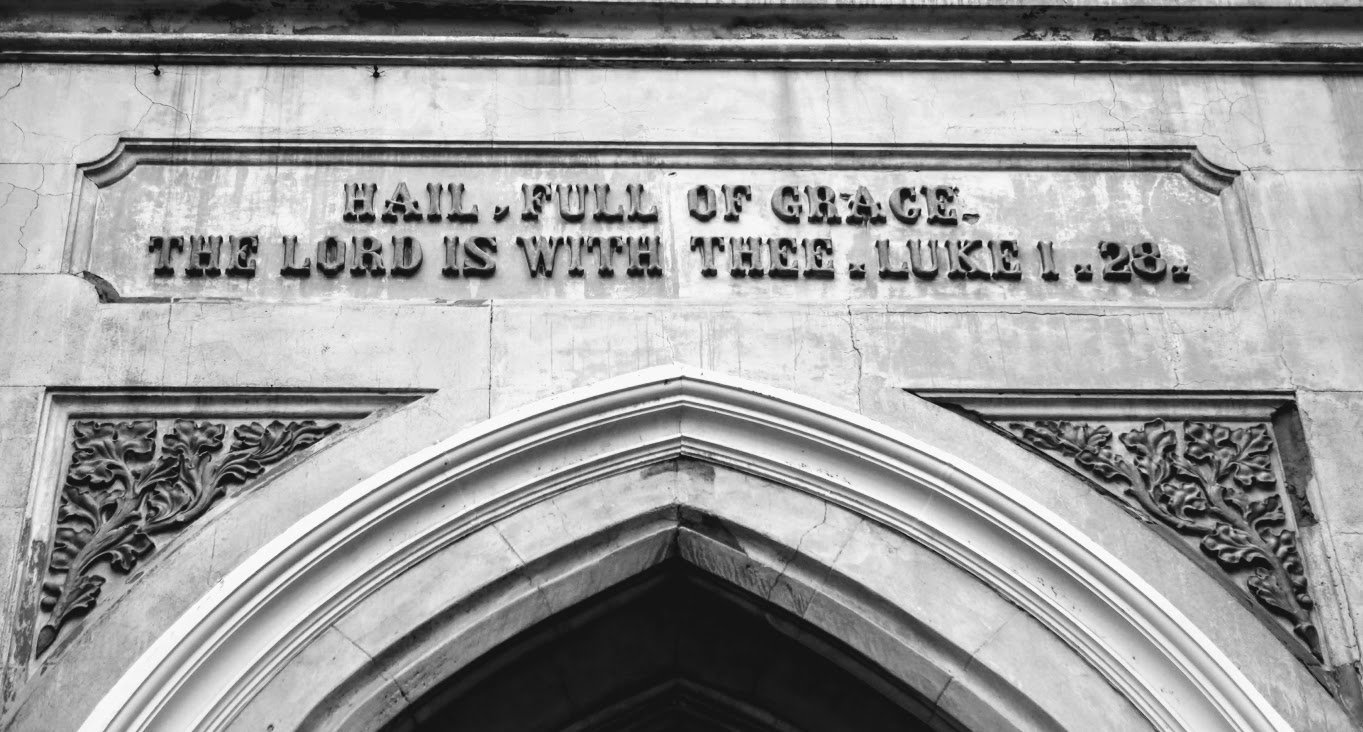 “The universe rejoices with a new and indefinable loveliness.” So begins St. Anselm’s homily on the feast of the Immaculate Conception. For the first time since the beginning of time, God miraculously creates a human person wholly untouched by the stain of original sin. He fashions a woman, a captivating woman, Mary the New Eve, and redeems her in advance.

What was femininity like without being fallen? I can only imagine. But I know that her beauty must have been stunning, not only her physical beauty, but the beauty of her feminine heart: joyful, peaceful, soft, humble, vulnerable, and incredibly courageous. She’s a woman fully alive in her God-given beauty—she alone, the “fullness of grace.” All theologians agree that this unique and singular grace was given to Mary for the sake of her maternal mission—to be the mother of the divine Savior. God prepared her heart in secret, so that in the secret and quiet life of Nazareth, her maternity would play a vital role in the redemption of the world.

Mary faced many life-threatening dangers and difficulties in her maternity: an unaccounted-for pregnancy with potentially severe consequences; a dramatic flight to Egypt to save her son’s life; a courageous solidarity with her son in his death amidst the threat of cruel Roman soldiers. No doubt there were many moments when Mary felt afraid in the face of what God was calling her to do. But here is the true glory of the Immaculate Conception, what made Mary a truly captivating woman—in Mary, love was always stronger than fear.

Every woman wonders whether or not she is beautiful, whether she has an inner beauty to unveil to the world. Sometimes she doubts very much that it’s there. At other times, she’s afraid to reveal her heart because of the risk of ridicule or sacrifice. It’s much easier for her to play it safe and keep everything under her own control. But the singular grace given to Mary reveals a profound truth about femininity and maternity: a woman’s true beauty is first prepared by God in secret, so that in the secret of her life of bravely offering the beauty of her heart—to her children, to her family, to the souls entrusted to her care—she, too, plays a vital role in the redemption of the world.

Perhaps the things that God calls you to are really scary: another baby? A move to a new place? Caring for an elderly parent? Reconciling a broken relationship? A new apostolate to help his hurting Church? Maternity itself takes many forms, as it also did for Mary. God entrusts a maternal mission to you and invites you to respond in love instead of fear. God’s plan to redeem the entire world began with unleashing the power of a woman’s beauty—a “new and indefinable loveliness.” And Mary bravely offered her beauty to “proclaim the greatness of the Lord,” and so she drew souls to him.