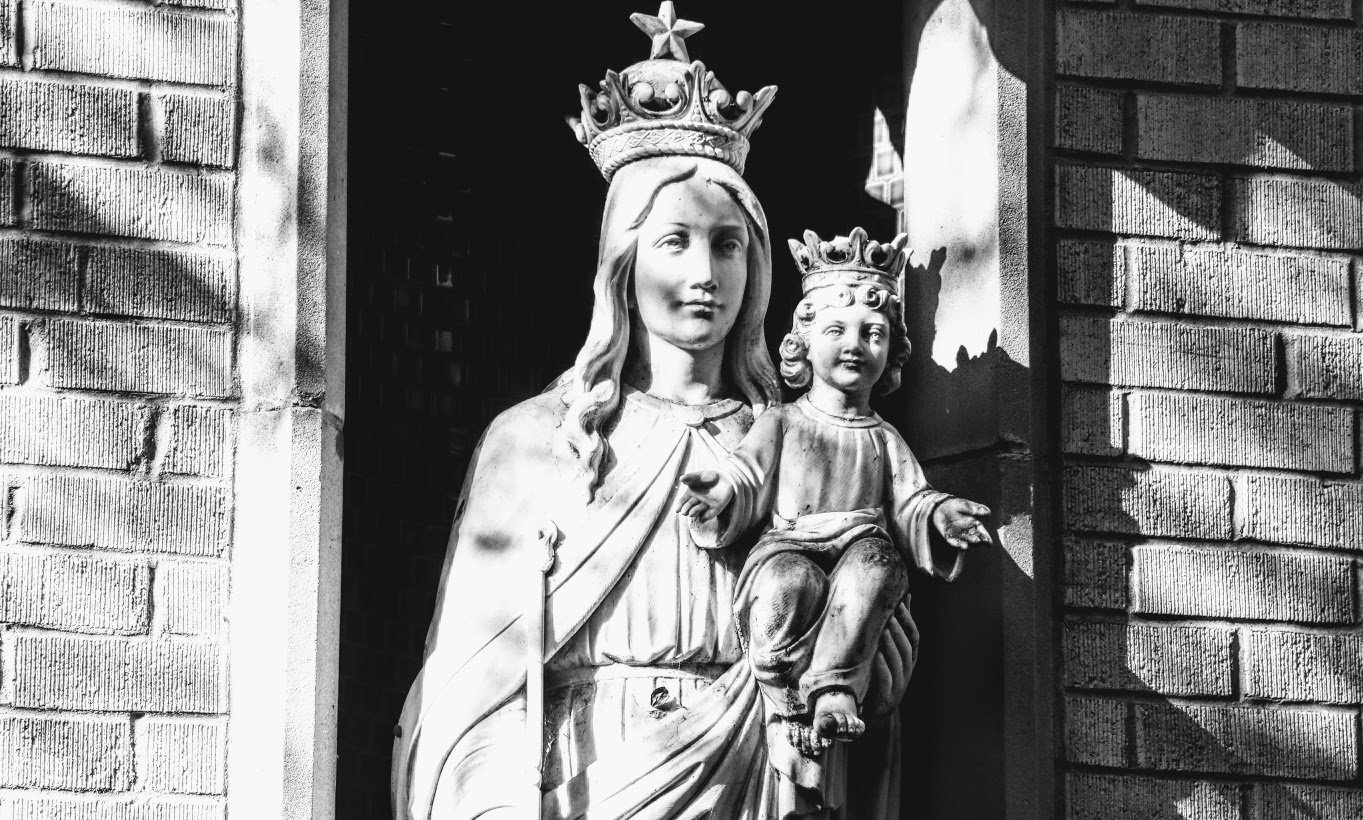 Joseph was a righteous man, we learn from today’s Gospel. I’ve always loved hearing the story of how he was told the truth about Mary in a dream and immediately believed and did as the Lord had commanded him.

But what was going through Mary’s mind during this time? Such a mystery. That always puzzled me until I realized that, although Mary was without sin, she was not without temptation. She had told the angel Gabriel, Behold, I am the handmaid of the Lord. Let it be done to me according to thy word. This was the great “Fiat” that the Church rightly celebrates. Not being immune to temptation, Mary might well have had certain struggles after the angel left her. We are told that she made haste to visit Elizabeth. Although Mary had just received momentous news that might have caused any one of us a few days to process, her first inclination was to bring help where it was needed. Although she acted out of love, along the way these thoughts might well have been swirling through her mind: Did an angel really just come to you? What makes you think that you can be the mother of the messiah? After all, every Jewish girl hopes for that honor. And what will your mother and father think? Will they believe your story? Should you even tell them? What about Joseph? Will he reject you? And the townspeople—what will they think? Would God really want the mother of his son held up to ridicule in the town?

Her replies to these temptations might have been words that we can hold on to as well when we are tempted: God is the Lord of my prayer life. I don’t have to make up anything. After all, he, who is all holy, can do whatever he pleases. I can’t know what my mother and father will think about this child, but I know that God is with me always. The Lord is my protector. Joseph may no longer want me as his wife, but God’s plans are perfect. He can send an angel to Joseph, or Joseph could decide to divorce me. Either way, my will is to do the will of the Lord, my God.

Elizabeth’s greeting must have helped to calm the whirlwind of voices in Mary’s head: Most blessed are you among women, and blessed is the fruit of your womb. And how does this happen to me, that the mother of my Lord should come to me? For at the moment the sound of your greeting reached my ears, the infant in my womb leaped for joy. Blessed are you who believed that what was spoken to you by the Lord would be fulfilled. Elizabeth’s words certainly confirmed what the angel had said to Mary, but more than that, Mary experienced what she had always believed—that she would not have to defend herself to her parents or to Joseph. God himself would inform the people in her life who would need to know the truth of this remarkable pregnancy. She need only accept his peace and look after her cousin’s needs during the months ahead.

And on the eve of these holy days when we remember the sacred birth, let’s cast aside any temptations that may be plaguing us. Let us remember that our will is to do the Lord’s will. Like Mary, let us accept the Father’s peace and trust him to help us in doing his will, which is to be his hands, his feet, his mouth, and his heart of love. And then let us look to the needs of those around us, for that is  always our work of love and the surest way to know that we are doing his most holy will.