The Gift of Hope through Motherhood 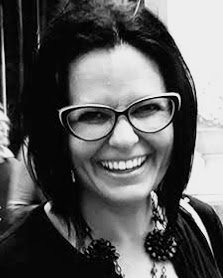 After spending the first six years of our marriage planning this move, we were finally relocating to Rome permanently with our two young children. Now we were just putting the finishing touches on our dream plan, tying up loose ends, and throwing ourselves a string of going-away parties.

It was two months before we were scheduled to fly out when I began feeling nauseated. Suspicious, I took a home pregnancy test. As I waited those three minutes to see if the little pink line would appear in the window, I sadly recalled my previous three pregnancies, which had all ended in grueling miscarriages, and our two failed adoptions, which were equally agonizing. After adopting two precious children, the aching desire and monthly agony of infertility had disappeared. I was no longer looking to get pregnant. In fact, it had been so long that I assumed pregnancy had become an impossibility.

When I looked down, however, I was shocked to see that little pink line. Still, I thought, it will not last. I assumed I would not be pregnant by the time we left for Rome, and we went on with our preparations. But the nausea did not subside. Finally, I went to see a midwife, who did a sonogram and assured me, “This baby looks very comfortable, and I think he will be with you for the long haul.” We decided his name would be Nico.

We moved to Rome, found a midwife, and settled in. I had a strong, healthy pregnancy, walking miles every day and enjoying the beauty surrounding us. I chased my children and ran down Via Flaminia to catch the trolley and ate my husband’s Tuscan cooking. I grew more confident every day that I would have a wonderful home water birth (and, romantically, Nico was going to be born in a wine vat, which we loved!)

On 5 February, full term at 38 weeks, I went into labor while at the children’s museum. After 8 hours of home labor, my midwife urgently hustled me into her smart car and hurtled across Rome through sleet-covered streets to San Camillo hospital. Marc followed us in a taxi. Alone with my new-age, agnostic, panicking midwife in her tiny car, I realized that my son may not make it. I began to repeat the name of Jesus, and I felt strangely calm.

My thoughts went immediately to our greatest loss. Five years earlier, we were in the process of adopting our first daughter, Olivia, and her birth-mother took her back from us when she was six months old. It was almost unbearable. The pain of that loss ached almost constantly for four years, and then, through circumstances only He could engineer, God brought total, complete healing. Because of losing Olivia, despite something in me sensing that Nico was dead, I had an amazing peace. I knew without a doubt that God could heal my heart from any loss.

The morning we buried Nico, it snowed. It was the first time Rome had seen snow since 1986. We had spent all winter disappointed by the dreary weather, longing for the lightness of snow rather than the interminable drizzle and sleet. On that morning, however, the snow came down in huge flakes as we were leaving for our church, blanketing the red tile roof tops in glittering white. All of Rome became soft, clean and quiet. We took it as a special gift from our Holy Innocent; I knew Nico was asking God for this favor and imagined God’s delight in granting it to His new little saint.

It was a day of mysterious joy and deep, unshakable peace. When we arrived at our church, the tiny coffin was arranged at the front of the central aisle. The cold came up from the Cosmatesque floor, and in the side aisle, the skull of Saint Valentine started out from under its floral crown, speaking of death and life intertwined. The stone of the central nave rose up to meet the rows of windows that ran down either side, and the sun streamed in, filtered through the falling snow, glittering off the gold leaf of the icons.

Friends, family, fellow-parishioners and acquaintances approached me with tear-filled eyes, offering their condolences. Generosity and kindness came with them, in thoughts, prayers, meals, and childcare. I assured them joyfully, “Nico is truly happy and whole. He will never hurt.” Many of the friends there that day were not religious, but they all nodded doubtfully and squeezed my hand when I said this. They did not believe what I believe, but even adamant atheists do not debate the reality of heaven with a mother who has just lost her child. And I was graced with a supernatural perspective.

In ancient and lilting Arabic, the tones of our sacred liturgy filled the frigid air and echoed out, past the crowds of Japanese tourists snapping photos at the Mouth of Truth. The music of the liturgy was full of joy; it was dancing music, music that spoke of the Church outside of time. I had a vision of Nico and his patron, St. Nicholas, dancing at the throne of God at that moment. My journey of motherhood, heavy with loss and sadness, had led me to this transformative joy. Standing in the front of the church, staring at the icon of Christ, I was more acutely aware of His love for me than I had ever been.

I was overcome by a true, solid, holy hope. Not hope as something vague and ephemeral and unlikely, but an amazing assurance that our omnipotent God always acts out of perfect Love for our highest good. . . that even when things happen that seem completely backwards and broken to us, He is still God. Still Love. Although things looked very much out of control, they were not. Because of this knowledge I was running over with a supernatural joy on the day we buried our son.

We have since been blessed with two beautiful biological daughters, and one more son in heaven.

Santa Maria in Cosmedin is home to the Melkite rite, traditionally based in Lebanon and Syria. The Melkites are in full communion with Rome, and are allowed to celebrate their liturgy in Arabic