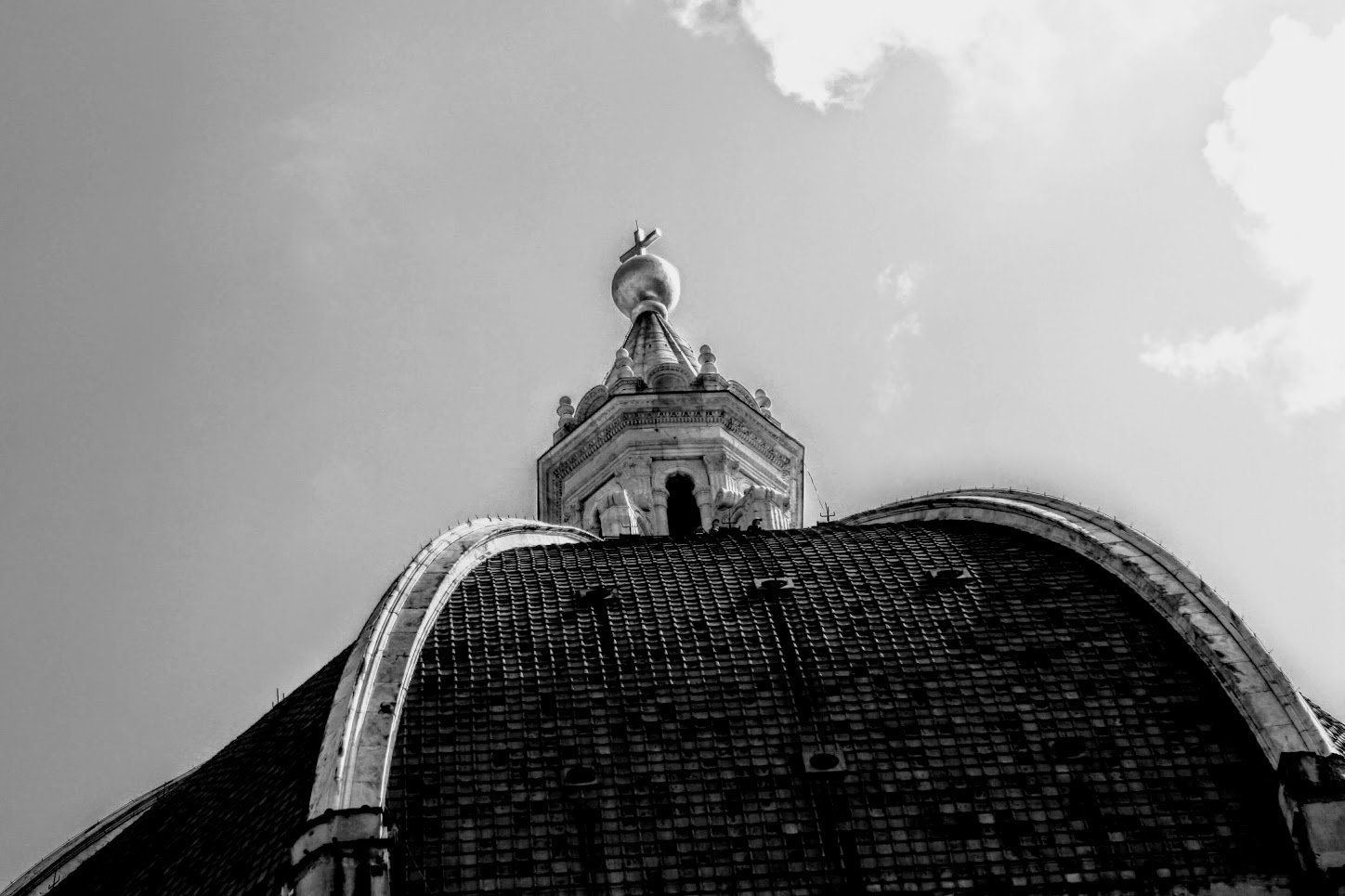 I thought I was pregnant. At forty-seven years old, I’ve had eight children: six living children, and two already having gone before me. But that night, my husband bravely walked into our house with the all-too-familiar drugstore sack scrunched up in his hands, within which a pregnancy test kit was neatly nestled.

The typical messages crossed my mind like buffalo crossing the plain: “I am too old. This will hurt my career. This will take away from my family. I cannot do this. I cannot.”

My four-year-old came bounding into my lap. He was dressed like Superman. This was the child whom I had been sure I “could not” have. During my pregnancy with him, those messages became my constant companions. Like St. Augustine’s “lovers of old” about which he writes in the Confessions – the voices whispering negative thoughts in his ear – I too had pesky companions. The phrases, “I cannot do this,” “I am too old,” “What will become of my career?” and “My poor other children” were unwelcome friends who attended me each day.

“I love you, Mom. You are the sweetest mom EVER.” I hugged my four-year-old. He flung his skinny arms around my neck and kissed my cheek. I kissed his cheek. He laughed and said, “A lipstick mark!” Then he became pensive and said: “I will never leave you. I will be with you forever. Let’s spend heaven together, okay, Mom?”

My mind turned to Gloria Steinem, whose new book was just released. Gloria is a friend of my mother’s, hence a figure who had been influential to me throughout my childhood. I recently read a review of Gloria’s new book, which fiercely opposes motherhood as holding women back. When asked why a woman has not been elected president, she claims that voters tend not to elect women candidates because people resist women as leaders if the last time they knew a woman in authority was when they were eight.[1] Is she right? Should women do all they can to flood Wall Street and Capitol Hill? Does giving most of my adult life to having children contribute to the stunting of women’s advancement in the West?

My attention swerved again toward the pregnancy test I would take first thing in the morning. Then to my tow-headed sweetheart. Then to how full and satisfied and settled deep down in my bones I am. What is that feeling? It is the feeling of having chosen motherhood, which for any earnest woman, is a life of love. St. John of the Cross writes: “In the eve of life, we will be judged on love.” Motherhood often involves exhaustion, sacrifice, failures, deviant children, miscarriages, special needs, broken bones, and broken hearts. But it also involves joy and laughter, and contributes to a meaningful life. To give one’s life to motherhood is to give oneself to love. And that is to fulfill our very purpose, the design of our hearts, the pattern of our being. So it is fulfilling. St. John Paul II calls it the Law of the Gift. Human beings will not be happy unless they make their lives a gift. That is the very essence of motherhood – making a gift of ourselves for others.

Recalling my possible pregnancy and not being willing to resent it, I thought: “The women’s movement is incomplete. It has not yet embraced motherhood. Women will not be the fullness of who they are if they cannot own motherhood as an important part of their identity. The female president that Gloria would like to see in office will not be giving the whole gift she can give to the country and the world if her presidency is in spite of motherhood. She will be giving the whole contribution she has to make if she can do it through the charism of motherhood, whether she is a biological mother or not. The women’s movement should not promote women despite motherhood. It will only come into its maturity when it embraces our powerful vocation.”

That night, I was nervous about the outcome of the test. I also reminded myself: there is no contribution to the world greater than a human life.  There is no pursuit more worthwhile than building the kingdom of saints on earth, and one day, in heaven. “The future of humanity passes by way of the family,” as St. John Paul II says. Presidencies will come and go, countries, laws, and constitutions will come and go. Human life endures for eternity. Motherhood has eternal significance.

Epilogue: The test was negative, and truthfully, I was relieved.