The Enchanting Image of the Nativity

Emily Heyne // Genius of the Call 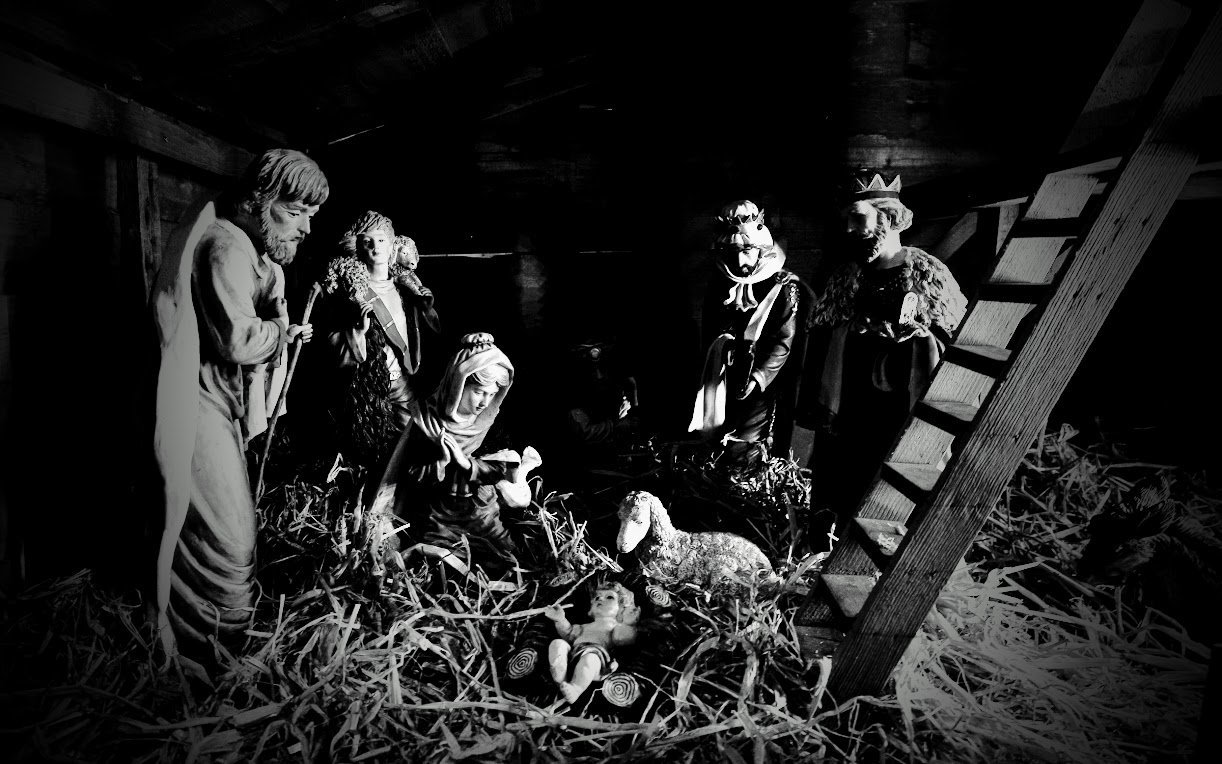 My children love playing dress-up and are in costume of some sort more often than not. I have taken a lion to the dentist, a cheetah to the park, Elsa to the grocery store, Mother Mary to the beach. A four-year-old police officer spent Christmas afternoon arresting her uncles. I don’t begrudge their constant imaginary play, but don’t ask me to suit up. Perhaps I’m overly self-conscious, but I avoid adult Halloween parties, never enjoyed Spirit week in high school, and hated themed costume events even as a kid. While I find them entertaining, I prefer my blue jeans. My husband’s family, however, has no such inhibitions. Accordingly, their Christmas tradition involves a live nativity scene in their small barn every Christmas Eve. A late grandfather’s Knights of Columbus robe has been appropriated as wise-man garb; scarves and robes and angel wings are donned over the Christmas dresses and suits of young and old alike. Then all process along a path of luminaries to the barn where carols are sung, and we watch an especially youthful Mary and Joseph reverently tend to the infant Jesus.

My reluctance toward costumes means that I typically participate minimally in the theatrics. I throw a scarf over my head, say I’m a shepherd, and let the others carry the scene. But one year, when the families with children were celebrating elsewhere, and my husband and I had no children of our own yet, I was tapped to play Mary, and my husband played Joseph. One can’t be a half-hearted Mary, I thought, and thus dutifully attended to my tunic, mantle, and sash. As I tried to serve as the living icon for the small group of family members, I recall entering into the scene in a way I hadn’t in years previous—or since. Kneeling on the hay and singing “Joy to the World” as I held the baby Jesus felt very different than shuffling in as a reluctant shepherd. I began to contemplate in a new way what Mary might have been pondering in her heart.

In years since, I’ve watched this same transformation occur in my own daughters. The same children who spend the day raging with Christmas fever and the misbehavior that accompanies it, complaining about having to attend Mass, wishing only to rip open wrapping paper, suddenly become pious little creatures longing to hold Jesus.

Such an experience is what St. Francis of Assisi hoped to achieve when he asked a local of Greccio, Italy, in 1223 to help bring to life the memory of that babe born in Bethlehem, to see as much as possible with my own bodily eyes the discomfort of his infant needs, how he lay in a manger, and how, with an ox and an ass standing by, he was laid upon a bed of hay. St. Francis is credited with initiating what has become the tradition of the Christmas crèche. Yet that first reenactment was not depicted with statues but was enacted and experienced by all who were present, and a miraculous vision of the infant Jesus himself was experienced by one of those first participants.

In 2019, Pope Francis visited the Shrine of the Nativity in Greccio and delivered the apostolic letter Admirabile signum on the enchanting image of the Christmas crèche. In it, he recalls these medieval Franciscan origins, reflects on the meaning and importance of the nativity scene, and encourages families to set up crèches as part of the precious yet demanding process of passing on the faith:

Wherever it is, and whatever form it takes, the Christmas crèche speaks to us of the love of God, the God who became a child in order to make us know how close he is to every man, woman, and child, regardless of their condition. . . . Beginning in childhood, and at every stage of our lives, it teaches us to contemplate Jesus, to experience God’s love for us, to feel and believe that God is with us and that we are with him, his children. . . . And to realize that in that knowledge we find true happiness. Like Saint Francis, may we open our hearts to this simple grace, so that from our wonderment a humble prayer may arise: a prayer of thanksgiving to God, who wished to share with us his all, and thus never to leave us alone.

Christmas is not over, yet, mamas. Point your children toward the Christmas crèche. Let them rearrange the figures, let them add army men and Legos to it, and perhaps even dress them as wise men and let them present gifts to the infant king. Give them a place to contemplate Jesus.