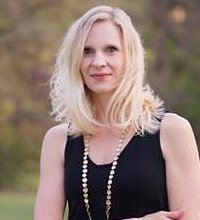 I prayed for this child, and the LORD granted me my request.

Without even knowing what I was asking, I prayed to meet a boy with faith. Christian was a must, but which denomination was less important. You see, I was raised in a Christian home—although we did not attend church, and I had some gaps in my own faith. Near the end of my time in college was the first time I realized I was not in control of my life. And God, in his infinite wisdom and playful sense of humor, sent me a skinny 19-year-old boy who wanted to be my boyfriend one day and a celibate Episcopal priest the next—a boy I could not control. I will spare you our drama-filled courtship and simply tell you we married two weeks after he finished seminary. We had spent almost three years apart while Josh was in seminary in England. I wanted to have a carefree newlywed experience. I wanted it to be just the two of us for a while. Like lots of young women I was taking the pill. Every so often something would get into me and I’d play one-two-skip-a-few with my pills just to see what might happen. Nothing ever did.

A few years later we decided, ready or not, we should start our family. For several years month after month went by waiting for those two lines on the pregnancy test. I began to regret all those missed opportunities I had to conceive while I was on the pill. Some months we cried together, some months Josh left me on my own as he tried to deal with his pain. My crying and distress matching those of Hannah wailing for Samuel. Again, I realized I was not in control.

Still wanting to be around children, I began pursuing teaching. While substituting in a Social Studies class, I was struck by the beautiful faces of children from all over the world pictured in the textbook. Adoption entered my heart, and we began the process of adopting siblings from Ethiopia. Adoption is a necessarily long process with much paperwork and many tests of patience. We found so much support from people whom had not previously known of our struggle. I lost myself in this process and began to imagine our life with these children.

After a few months on the waiting list, I had an intense feeling that something big was about to happen. I remember telling Josh that we would be matched soon. Not long after this conversation I had another strange feeling and crawled out of bed early in the morning to take a pregnancy test. After hundreds of negative tests, I finally saw those two lines! Josh awoke confused to a woman screaming about two lines. My intuition was a little off, but we were starting our family. Later that morning Josh said to me, “You can’t travel to Ethiopia pregnant.” We both still felt called to adoption.

I would be remiss not to explain that at this same time, Josh had been struggling with a desire to become Catholic. A few months into my pregnancy Josh came to me in tears explaining his desire. Knowing this would mean leaving his role as an Episcopal priest, and the regular paycheck that went with it, it was with much fear I agreed. Again, I found myself not in control. And so our life continued—shakily. We left the Episcopal church, dealt with sadness and anger from those we had been close to, and we were received into the Catholic Church. Josh found a job at a Catholic Church (perhaps the biggest miracle) and I had our first daughter. Just before our daughter turned one, and assuming my first pregnancy was enough of a miracle, we began the adoption process. And again, I found myself pregnant!

I will give you the brief version of the next few years of our lives. Our son was born. My husband was ordained a Catholic priest (yes, you read that correctly). We moved. I became a stay-at-home mom. Ethiopia stopped allowing international adoptions… And I struggled to get pregnant for 18 months. Having two little ones to occupy my time made the struggle to get pregnant more bearable this time, and eventually we were blessed with our third.

We were happy with our family. We made plans for me to go back to school and to travel a bit. When I saw those two lines yet again I wasn’t sure how to react. It wasn’t a convenient time. We had a lot of plans and I didn’t want to be first-trimester-sick for them. Still that beautiful baby continued to grow and the excitement began to build. Our fourth has the face of an angel and a laugh that will melt your heart, but she also bites!

Last spring I again saw those two lines. And again, I struggled with giving up control. I had all the same thoughts as before—plus I couldn’t imagine where we’d put one more person in our house! It never occurred to me that I wouldn’t be meeting my baby in this life. A few weeks later the idea of a fifth child had started to grow on me. My son was asking for a brother and talking about dragons (both totally normal topics for him). I thought for a moment that I should tell him he might be getting a brother—instead I told him what I could remember of Saint George and how he defeated a dragon. It was pouring rain the day I lost our baby, George. The rain came down loudly, flash flood alerts beeped on my phone, my children laughed and fought all around me, and I wondered why the world had not stopped to mourn with me. In addition to this loss, when I immediately knew what was happening, I remembered a time before I had my first baby that had felt very similar. Suddenly I was mourning for two babies lost ten years apart. The rain continued that day. Josh came home to me sitting in the kitchen, wine in hand, spaghetti cooking on the stove, staring blankly at the tiles on the wall. On All Souls Day Josh said a Mass in his backyard chapel for the babies we had lost. This helped me heal more than I ever expected. It finally allowed me to surrender control. Eventually things began to feel normal. I would recommend something like this to any woman struggling with the loss of a child.

Letting go of control is the biggest lesson God has taught me through motherhood. This is evident in the challenges I’ve shared with you. But, it is also evident in everyday moments—like dealing with a defiant toddler, taking an accident-prone child to get yet another x-ray, or not knowing when my husband will make it home. As I grow as a Catholic mother I think Jesus is encouraging me to be more like Mary, who released all control when she said, “Be it unto me according to thy word.”

Today I am seldom seen without our four children, a fruitful and faithful family. I don’t know what God has planned for me… Another pregnancy? An adopted child? Or simply loving the four children he has blessed me with on earth while I wait to meet my two in heaven. I suspect my desire for control will continue as He continues to teach me He is in control.