Emily Heyne // Tales From the Trenches 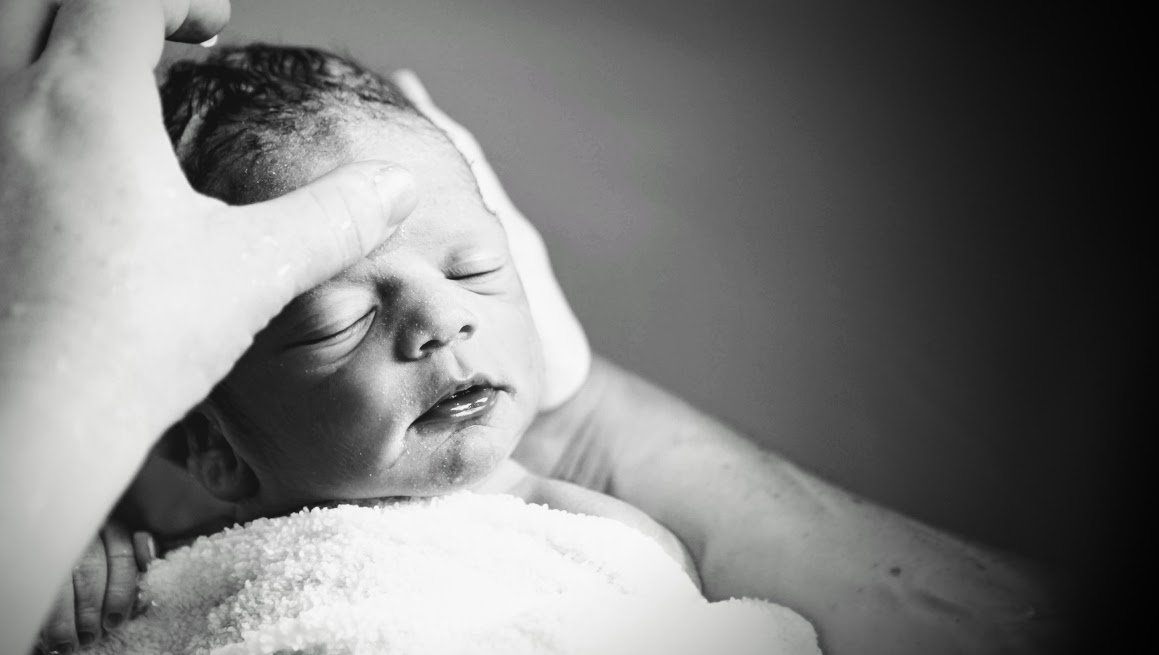 As a child, every December marked the month in which Mary would appear in my life. I’d carefully unwrap her from the wrinkled tissue paper and place her in the nativity scene so that her serene gaze would fall upon her newborn son. Throughout Advent, I’d tweak her position to achieve a scene of perfect piety. Then, around January 6th, Mary’s big moment for the year having come and gone, I’d wrap her back up with the other figures and return her to the Christmas box. Thus she remained, to the reverent Protestant child I was, a one-dimensional, yet altogether privileged, character in the Christmas narrative.

However, even as an adult Catholic, I often found it hard to round out her character and personality in my imagination. Though her Immaculate Conception appealed to me in its theological fittingness—“Certainly what God gave to Eve, he would not refuse his own mother,” writes Bishop Fulton Sheen—nevertheless, the dogma seemed to confirm that pious characterization of her that I held as a child. Not that her piety isn’t a virtue to emulate, but without original sin, Mary seemed too perfect and distant to the oft-floundering me. I was drawn instead to saints like the relatable reprobate Augustine who could write eloquently of God’s saving grace.

Colleen Carroll Campbell, in her spiritual memoir, My Sisters the Saints, voices a similar ambivalence to Mary: “How can you relate to someone who never violated God’s will even in the slightest matter and already lives in body-soul bliss with God? How, as a woman, can you avoid feeling a twinge of envy toward this most ‘blessed among women’ who surely embodies all the feminine holiness you lack?”

Yet Campbell counters her own objections with revelations she had regarding Mary’s nature. She realizes that Mary’s sinlessness yields a sensitivity to God’s voice, an acute awareness to the sufferings of others, and a contemplative approach to life. These revelations helped shape Mary into a real model of holiness for Campbell; nevertheless, it is Mary’s motherhood that attracted her most.

She writes of a particularly moving experience of Mary’s motherhood that she had while sitting in a church with her own mother and grandmother. I quote at length:

I thought of how my relationship with my own children would be: probably loving and close but still marked by some discord and disappointment, most of it stemming from the mistakes I would make as a mother. How wonderful it would be if I could be a perfect mother, a completely flawless, selfless nurturer whose loving guidance never erred. Not going to happen, I thought glumly . . . There is no such thing as a perfect mother. Just then, my eyes landed on a statue of Mary near the altar. As arresting as the royal blue of her robes was the message I heard interiorly: This is your mother; the perfect mother you long to have and to be. I realized that Mary was as real a mother to me as the one who bore me in her womb, and that she loved me with the same fierce, fathomless love that any good mother feels for her child—a love all the more powerful because it stems from her uniquely pure maternal heart . . . Rather than driving a wedge between our earthly mothers and their children or making ordinary mothers feel inadequate, Mary’s maternal love allows us to respond with gentleness to our own failings and those of our loved ones because we know that our heavenly mother can help fill in the gaps of our relationships. She can even help fill in the gaps of our relationship with her son by interceding for us to receive the grace to follow him more closely in every part of life, including family life.

My own experience of motherhood echoes that of Campbell’s—we each long to have and to be a perfect mother, an unattainable goal. But by accepting Mary as my own mother and that of my children I can go forward with great confidence, knowing that I and my own children are loved perfectly with that deep maternal love for which we all long. Her perfection shouldn’t distance us, but draw us near.

Mary’s love and presence in my life and in those of my children’s was confirmed in a particular way as I was preparing for the birth of my second child. I had gone on a retreat two weeks before I was to be induced. Though I was directed to contemplate the Passion, my upcoming labor was at the forefront of my thoughts. I recorded the prayer in my journal thus:

During another prayer period yesterday, I told you [Jesus] of my fears about my upcoming labor. And we talked about your night in the garden. Despite knowing of the Resurrection and your return to the Father, you were still afraid, afraid of the pain and the unknown territory of death. And likewise, though I know the sweetness of holding a baby, the pains of this particular labor are still unknown. I’m not sure I have the mental strength to endure another induced labor again . . . And you told me you would be there. In [my husband] Nick’s presence, you will be there, and in all the nurses and in the midwife, Mother Mary will be there . . . So, the grace I received yesterday was courage.

And y’all, because God is faithful and has an amazing sense of humor, this is what happened: The day of my induction arrived, and a young, beautiful dark-eyed nurse introduced herself, “Hi, I am Guadalupe, and I’ll be your nurse,” she said, and wrote her name on the board beside my bed. Then, the midwife, whom I had never met before because I had recently switched into the practice, came into the room. She was a robust, no-nonsense woman in her sixties. She introduced herself as Mary, and I couldn’t help but smile—and ponder these things in my heart. Mary and Guadalupe delivered my baby that day. Just as Our Lady, with her son, went to be with her cousin Elizabeth in her time of need, she was with me in mine. And she hasn’t left. I won’t be storing her away with the Christmas box this year either. So, carry on with courage, mamas, for your Immaculate Mama is with you in all your daily labors, and together, you’ve got this.

Our Lady of the Immaculate Conception, pray for us.