I Stand with the Women 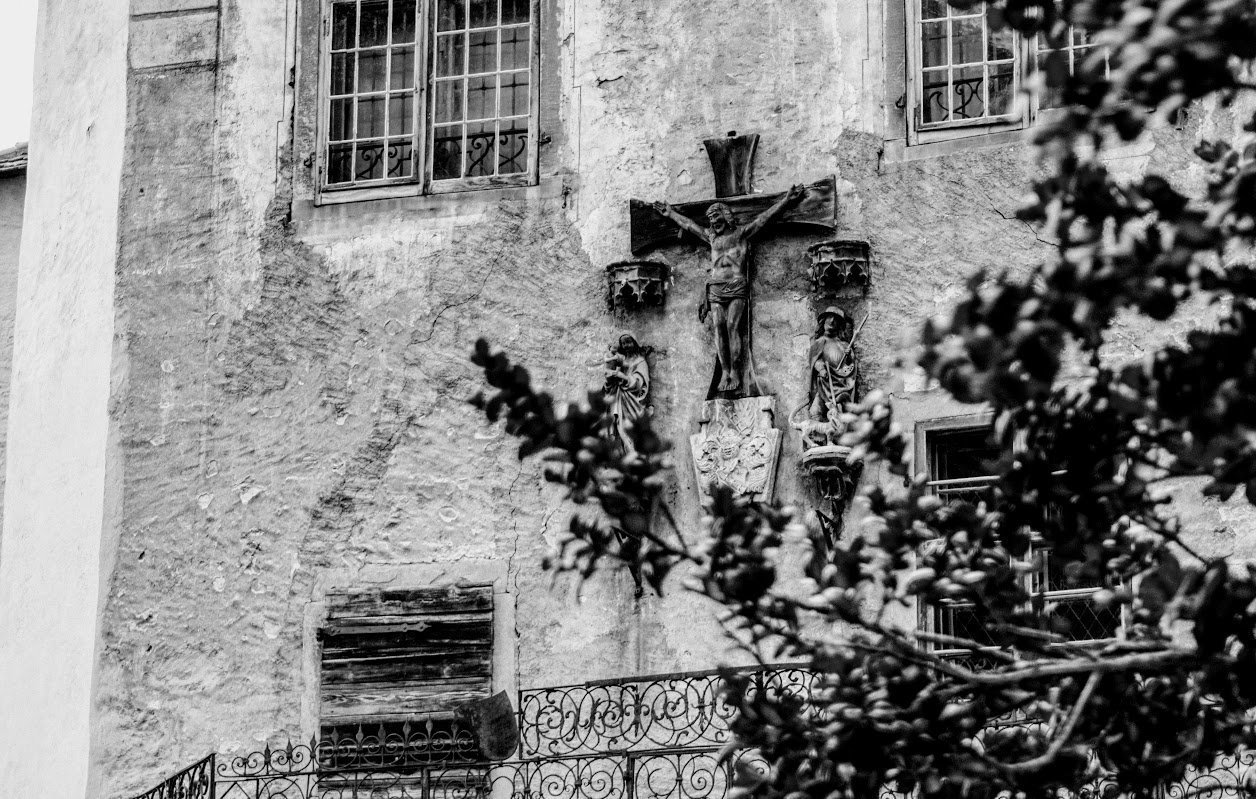 In his book, The End of Faith, a prominent atheist, Sam Harris, presents a scathing critique of Christianity. After a harsh diatribe against all the main tenets of our faith (most of which he describes inaccurately), he claims that nothing in Christianity surpasses the mystical tradition of Tibetan Buddhism.

On this Holy Saturday, that is a question that faces us. What do we make of Christ’s suffering and death? Is it an embarrassment to him and to his followers? Is our faith easily surpassed by other religions? As we await Easter, is Christ’s resurrection folly, or is it the very brilliance of God?

Friedrich Nietzsche ridiculed the figure of Christ for being a hero of the weak. Christianity is the “opium of the people,” Nietzsche said, since the poor, the lame, the destitute, and generally speaking all those whose lives are a failure have in Christ a god who will make them feel better about themselves. If Nietzsche is right, then Christianity is foolishness, and anyone with any self-respect at all will seek a more sophisticated worldview, maybe one as lofty as, say, Tibetan Buddhism (as Harris would have it).

In the face of these views, I stand instead with “the women who had come from Galilee with Jesus” (Lk 23:55): Mary Magdalene, Joanna, Mary the mother of James, and others (described in today’s Gospel, Lk 24:1). These women arose early to bring spices to Jesus’ tomb. When they found the stone rolled away and the tomb empty, they were puzzled. When angels appeared and reminded them that Jesus had foretold his resurrection on the third day, “they remembered his words.” Then they returned and announced all these things to the eleven and all the others. But “their story seemed like nonsense and [the apostles and disciples] did not believe them” (verse 11).

The Christian faith is, I believe, the most profound, intellectually respectable, and spiritually advanced religion the world has ever known or ever will know.  For one thing, human beings are made for relationship, not for abstraction or for withdrawal from reality.  Christianity is first and foremost about the relationship between God and human beings. It is intimate, personal, and deeply interior—the most satisfying relationship a human being can have. Secondly, human beings are made for loving surrender, for making themselves a gift to others. Christianity is the satisfaction of our design. At its core it is the realization of love: generous, self-donating love, as exemplified by Christ on the cross. Thirdly, humans are made for triumph; we are made for eternity. It has never seemed right to human beings that we fade away like the grass, that we come and go like everything else in nature. No. Pagan thinkers like Pythagoras and Plato said hundreds of years before Christ that we have immortal souls, and even though our bodies die and decay, our souls are made to live on. Deep down, human beings intuit that we are made for more than this life.

The women at the tomb spoke the truth, so hard to comprehend to the human mind: that God’s plan all along included betrayal, pain, and death, as a precursor to the great victory. Jesus had foretold that he would be handed over to sinners, crucified, and then rise on the third day. This is our faith—our sublime, unfathomably wondrous faith. God is love and shows us the perfection of love. And love triumphs. Eternally.

As a mother, I have found myself being emptied, poured out, and given up for others in a myriad of ways. When I was expecting, my own body was given over to the children I carried in my womb. During the years I have homeschooled, I have given every ounce of my being to my young students. Over the past fifteen years raising six children, my career has been sidelined, side-tracked, and reinvented. Being open to life, however, is by far and away the most profound experience I have of self-surrender. The Catholic call to motherhood has reshaped my heart, mind, and body. It has invited me to live in the shape of a cross. Catholic motherhood has also brought me the greatest hope—that my family and countless others would celebrate the heavenly banquet together with God for all eternity. This desire is worth it all; it is the pearl of great price.

Is this self-surrender and hope for eternity senseless? Is it unsophisticated religiosity that is nothing more than an opium for the people? I think not. I think our faith, and our vocation as open-to-life Catholic mothers in particular, is a doorway to the divine life. It has always seemed like foolishness to the masses. It always will. But I believe that it is the chance to become a gift, a total gift of self for others, which is the highest form of love. We all have to make a choice and decide whether this cross-embracing, heaven-hoping faith is foolishness or genius. Personally, I stand with the women.