Home is The Heart of The Family 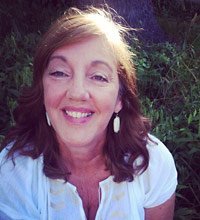 “I was born 63 years ago in the steel town of Gary, Indiana, to first-generation American parents. My grandparents had emigrated from Poland right before the first World War and settled near relatives in Chicago. My childhood was a happy one, with many Polish Catholic traditions—my mother’s parents lived with us. I learned to speak Polish and was an only child until age 8. It was never strange to me that my grandfather’s legs were gone and he was in a wheelchair; he’d lost them due to diabetes before I was born.

When I married John at 26, I’d been living in Texas where my parents had moved when I was 15. In Texas, on our own, many Polish traditions and even the language of my childhood became memories, but I found in John a similar background— Catholic, Detroit-born and raised—he’d come to Texas with his parents at age 12. We fell deeply in love—we shared so much, our families were similarly close, and soon, six weeks from expecting our first child, we embarked on our own journey, a move to deep East Texas with John’s job. Only 125 miles from my parents in Houston, it was a place lightyears away in culture. There was one TV station, one stoplight, and 20 old-school Protestant churches. Yet the community in the one, small Catholic church was so warm and giving that we found a renewal of faith, lifelong friendships, and soon, we had another baby girl. Two moves and three more daughters later, I was invited to attend Mass with a friend at the University of Dallas. We’d lived in Irving for four years, but I was completely unaware of the place.

The moment we walked in and I saw the crucifix by Heri Bert Bartscht, heard the choir and Fr. Greg Kelly’s homily, I knew we’d found our church “home.” The people we met through the Didache adult and children’s bible study were so tremendous, we were again transformed by the Holy Spirit to a deeper love and knowledge of Christ. Then one night, I had a dream I have never forgotten: I was walking on the sidewalk on Northgate, next to the woods. A woman stood on a path leading to the woods, and the brightest light shone behind her—she beckoned and said, “This is the direction to go,” and I woke up.

Later that week, I was diagnosed with a giant brain tumor and in front of that, what appeared to be a giant aneurysm on my carotid artery. I was 42 and had just finished weaning our fifth girl, 2-year old Natalie. I was so afraid! What would happen to them if I died? (I’d been privileged to be a stay-at-home mother for 14 years, and my love for them was a continual revelation. I wanted to be there with them all day, every day. I didn’t care if we had to go camping every vacation, and the idea of remodeling the kitchen had to wait. To me, it was all worthwhile.)

The afternoon before I met the surgeon, I went with John to walk in the UD woods and pray. The meaning of the dream became clear: look to our faith, rely on people we knew and loved for help and prayers. And God helped me; I’d found the best neurosurgeon in Dallas by happenstance; my case was so unusual he saw me within 24 hours and agreed to operate. He was Jewish, he believed in God, he scheduled the first of two surgeries. I had the Sacraments. The moment before I went under the anesthesia, I thought of how much I loved John and our children, then said the words, “Your will, Lord, not mine.” By a miracle, I was able to say them with utter conviction. The surgery was performed with me strapped to the table, face down. It took ten hours. I woke feeling like a hedgehog was taped to my head. The tumor was a ganglioglioma, a rare, yet low-grade cystic tumor. I would not need chemo or radiation.

The aneurysm surgery was worse. My blessed, worried parents had come to Dallas to stay with us and keep our girls, thank God. The second surgery also took ten hours. Ten days later, I had a grand mal seizure the day before I was to come home; my brain had swelled suddenly and dangerously. I was put into a medically induced coma for two weeks. When I woke, my right leg wasn’t working well. I developed an infection from the breathing tube; getting it under control and physical therapy kept me in the hospital for 54 total days. I was allowed to come home on Holy Saturday. On Easter Sunday I walked into the Church of the Incarnation with a walker to receive the Eucharist and had to go lay down in the Bride’s Room afterward because I was so overcome by the beauty of walking to receive the Eucharist. Meanwhile, our UD family brought meals to our house for 12 straight weeksand collected money to help with doctor bills.

I consider this ordeal a blessing that changed my life forever. It may sound trite, but I hope I can see people’s hearts more clearly now. My concept of family grows yet to include more, always more. Our girls went through this time without me pretty well, despite anxieties, thanks to John, my parents, John’s parents, our friends, and one another. They told me later they would all sleep together and hold one another. (Be still, my bursting heart!) They are still one another’s best friends.

Five years ago, my saintly mother died, and we asked my dad to move in with us. I was never prouder of John than I was in the moment he agreed without hesitation—and with enthusiasm—when I asked should Dad come live with us? I joked that God wasn’t ready for us to be empty nesters! But, as Dad became more dependent on us, first giving up his car, and then, losing his legs as my grandfather had to complications from diabetes, his strength and ours was tested again and again. My father prayed the Rosary every single day for over 20 years, whether in joy or sadness. Though he strove mightily for independence, he needed so much help—bathing, using the restroom, and his pride was often sore. This, too, we tried to bear with love and gladness, and prayed every day for grace.

My father died a holy death two years ago, and we are now official empty nesters. It’s all right, especially when our four grandchildren (three girls, one boy) are over playing or spending the night. We treasure every sticky, messy, chaotic moment with them. Because Jesus keeps reminding us that our heart’s home is where our family is, our greatest earthly treasure.”