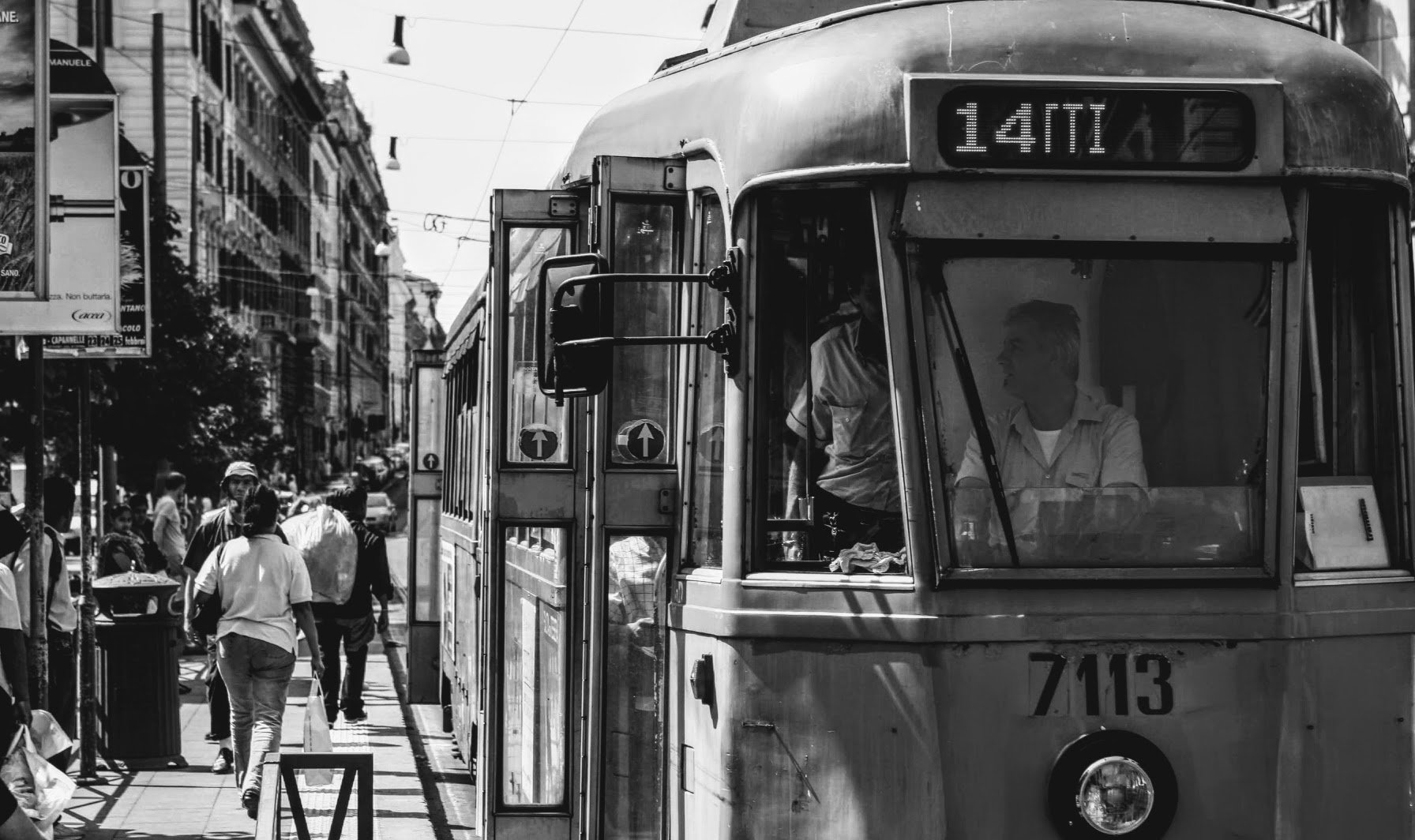 My sister became a mother for the first time seven months ago. She describes her life as a fast-moving train that just came to an abrupt halt. She had been running a business, but with the arrival of her baby, she has significantly reduced her workload. She had been active in many community organizations and social groups, but now she can rarely attend due to her baby’s schedule and needs. She wanted to have special time with a close friend who lived forty-five minutes away, but decided against even that because the baby sometimes cries in the car, and forty-five minutes both ways just seemed too hard.

Eighteen years ago, my fast-moving train made an abrupt stop as well when, just as I was finishing my graduate work and starting my career, I had my first baby. I sometimes wonder what my fast-moving train would have looked like had it kept going at its original speed. What friendships might have blossomed to the full? What would my professional life have looked like?

When I first became a mother so long ago, I found a sitter for my baby so that I could attend a two-day professional conference. During the second day, I excused myself from the meeting and went into the bathroom and sobbed. I sobbed so long and hard that several people asked if I were okay or needed help. I did not want to make a scene, but I could not contain myself. I grieved for the life I realized was slipping away. Let me pause and say that I have seen mothers push for their full-time professional careers and do it incredibly well. Sometimes they have husbands or mothers or sisters who can help them with their young children during work hours. Sometimes they find a wonderful daycare or nanny. I have a strong, natural “Way to go!” response to their choices, sincerely and emphatically celebrating them. For me, it was a personal choice—I wanted to be with my child as much as possible, and my budding career did not press on me with such urgency. And still it was harder than I had imagined it would be to let go of the professional life I had worked so hard to develop up to that point.

I made my choice and persisted with it. I had more children, and although I continued to teach on a part-time basis, I eventually found myself with four children, six years old and younger, and chose to homeschool the older ones. At that point, I stopped teaching at the university and would not return to it for several years. During that period, I struggled at times, feeling like I had lost my way. Most of the time, however, I felt like a daring adventurer—a gambler. I was making a conscious choice to see motherhood as a promotion. I adopted the view—which I was not completely confident in as I was going against all the cultural voices in my head—that motherhood is one of the most sacred vocations available to any human being.

As a Christian, it struck me even during my first pregnancy how my whole body was being taken over in order to help another human being thrive. It seemed to me then like a physical offering to God, and I was reminded of the verse, Present your bodies as a living sacrifice, holy and acceptable to God (Rom 12:1). And then in labor, delivery, and the first months of nursing a newborn, my body, heart, soul, and mind were all humbly subordinated to the good of another person. I marveled that I was nourishing a human being with my own body and blood, a faint reflection, I imagined with surprise and wonder, of the Eucharist. The tiny, seven-pound lump of sweetness for whom I was shedding blood, losing sleep, and setting aside most of my personal interests, had not earned my love, just as I have not earned the love of God: For by grace you have been saved through faith, and this is not your own doing; it is the gift of God (Eph 2:8). Motherhood was inviting me to give a gift in a smaller but real way.

My drive to succeed professionally and personally was slowly but surely transformed into a greater desire, which was to help someone else succeed—succeed in being healthy, clean, clothed, fed, burped, soothed, coddled, and loved. And eventually that would give way to new kinds of success, such as in being kind, polite, sharing, making friends, being active in sports, and being good in school; success in faith, piety, charitable service; success even in keeping rooms straight or shoes from stinking. It really knows no bounds. It never ends. From the sublime to the banal, from the immediate to the long-term, from the abstract to the concrete, my vocation as a mother is dedicated to my children’s success, which I cannot control but strive toward, in an almost infinite number of ways.

While I have lived these eighteen years with some grief at what might have been, and some frustration at my train moving so-o-o-o-o-o slowly, I have also lived in the joy of having found what, for me personally, is my calling. Surely nuns sometimes wonder what their life would have otherwise been like had they married and had a family, for example. But hopefully, they can embrace their religious vocation as a special, sacred call. While it is only similar by analogy, I feel something like that. I feel like I have chosen a life that is an invitation to being emptied out for others in the pattern of Christ (Phil 2:16), that I have been lowered like the Suffering Servant, and as the Lord says, My servant . . . shall be exalted and lifted up (Is 52:13). It also seems clear to me that every mother—mothers of every kind—mothers who work outside the home full-time, women who are spiritual mothers if not biological, mothers who struggle with infertility, adoptive mothers, step-mothers, and beyond—each have their own way of being patterned on the life of Christ and reflecting the Gospel. I delight in these different ways of sharing in the same vocation, a vocation that is sacred in manifold dimensions. None of us sums up the whole reality. Each of us is like a facet of a diamond, reflecting light in our unique way, and yet altogether shining brightly the brilliant light of Christ.

When I speak with my sister, who is living in her abruptly-halted-life with a seven-month child in her lap, I tell her, You are living like Jesus. Your life is now patterned on the Incarnation, passion, death, and Resurrection in a whole new way. Discern how much time you will or will not be with your baby, and only you can know God’s will for you. But when you are with your baby and find yourself bored, stifled, frustrated, or slowed-down, I recommend that you embrace it, own it, choose it, throw yourself headlong into this beautiful vocation, designed to humble us, bring out the image of Christ in us, and make us saints.