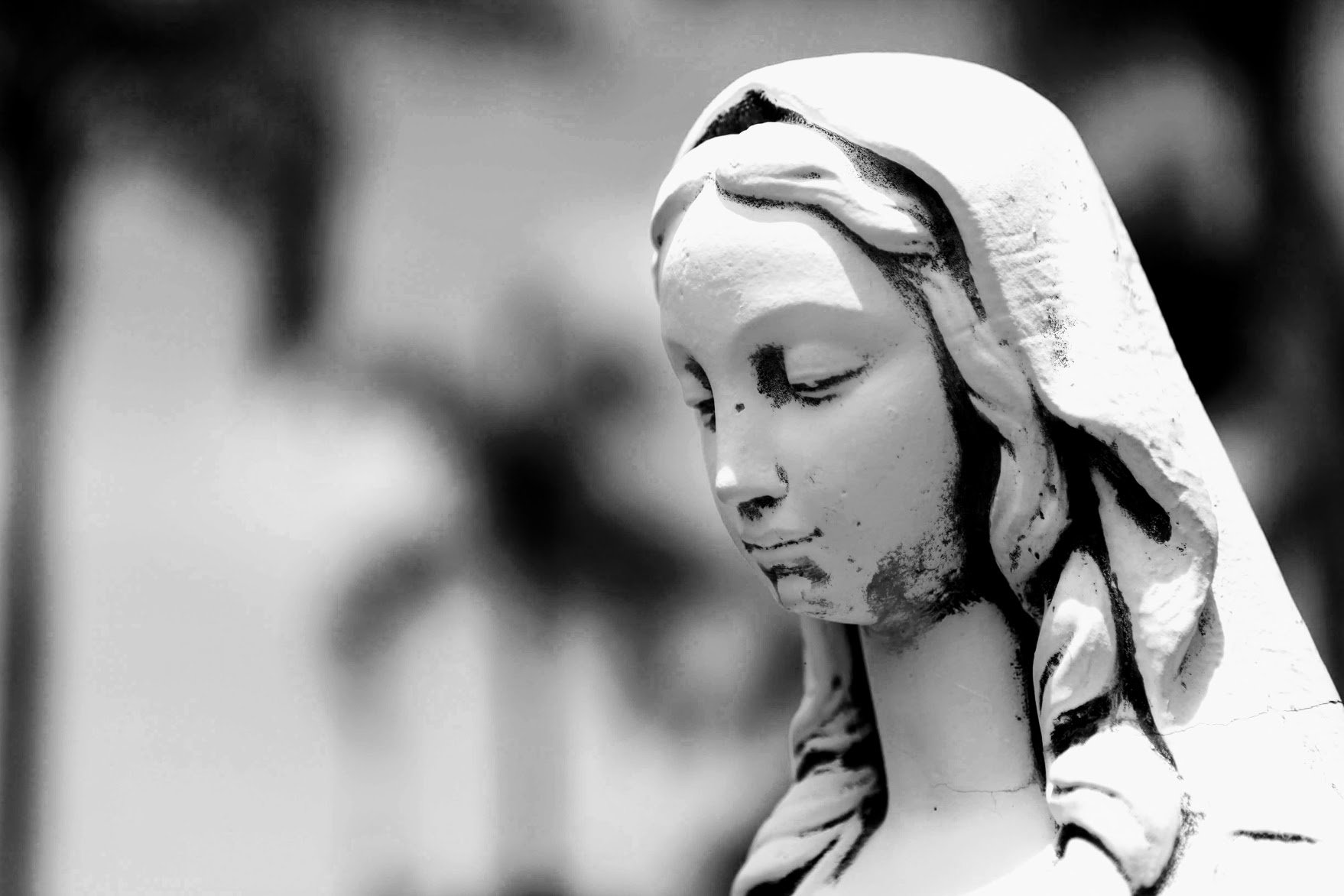 “For it was while Eve was yet a virgin that the ensnaring word had crept into her ear which was to build the edifice of death. Into a virgin’s soul, in like manner, must be introduced that Word of God which was to raise the fabric of life: so that what had been reduced by ruin by this sex might by the selfsame sex be recovered to salvation. As Eve believed the serpent, so Mary believed the angel. The delinquency which the one occasioned by believing, the other effaced by believing.”

I’d like to blame the postpartum hormones or the sleepless nights. In any case, I found myself up way too late, exasperated, and acting less than the model mature mama of five kids―all wound tight in a heated exchange with my only daughter. I know what it’s like to have been “ensnared” as Tertullian describes. I awoke this morning with the heaviness of Eve weighing on me in the first gray of morning. After a warm cup, I realize the Feast of the Assumption that I have been waiting for is upon us. The light of hope filters in as I begin to grasp at ways to pick up the relational pieces from the night before. As I contemplate this feast, that little seed of hope becomes peace, and then I begin to taste the blossom of joy unfolding.

Truly, nothing makes my soul jollier than a Marian feast day!

Maybe it’s because I had lived near thirty years studying the Scriptures and biblical characters before discovering Our Lady that makes me want to celebrate like one making up for lost time! Coming to know Our Lady after converting to the Catholic faith as an adult has unfolded like I imagine a little child realizing over time that her good mama has been the faithful constant all along life’s jagged path and in the beautiful horizons, leading the way in faithful devotion. Mary reminds me daily of who I am and who I am meant to be. I am cheered on from the heavenlies and am never, ever alone on this spinning planet of militant journeying.

It turns out that Mary is the figure among all biblical characters whose fiat, calling, and assumption have held the hinge-pin of my deepest heart’s cries as a woman and as a mother. She leads me toward life, unpacking and answering those longings for feminine dignity, purpose, and recovering grace that transfigure the harrowing messes.

It was Mary’s remarkable fiat, her incredible, open “yes” that initiated the plan of rescue―the plan of salvation through her son. Because of her amazing response, you and I have been given the hero and lover of our souls, our savior Jesus. You and I have been born into sin, and we fail and fall. Yet in Mary’s life and in her ultimate Assumption we see the full story God intends for each of us. Sin will not ultimately dominate. In the end, it will not master us nor will it be the final headline. “In Christ Jesus we are a new creation” (2 Corinthians 5:17). It is in Mary that we see the seeds of new life and of resurrection fully realized. Mary is an exquisite symbol of hope for our own ultimate reconciling of body, soul, and spirit. In her we see a woman who has reached the fullness of faith and destiny in God. She has embraced the Father’s will. In her Assumption, his plan of radiant heavenly glory is made complete.

And so, amazingly, we are each his beloved, his image-bearers, crowned with dignity and filled with the Holy Spirit. God the Father “has blessed us with every spiritual blessing in the heavenly places in Christ” (Ephesians 1:3).

Implicit in the feast of the Assumption is God’s heart of boundless, immeasurable love! His love reaches out to each of us as his children, desiring that we say “yes” to him―that we would be with him in the light of his loving company forever. “I desire that they also . . .  be with me where I am, so that they may see my glory . . .” (John 17:24). Mary has led the way and beckons to us . . . herein is your purpose, and your true fulfillment. Never take your eyes off the prize of the high calling in Christ that leads to eternal radiance . . . I will lead you like a good mama in constant devotion.