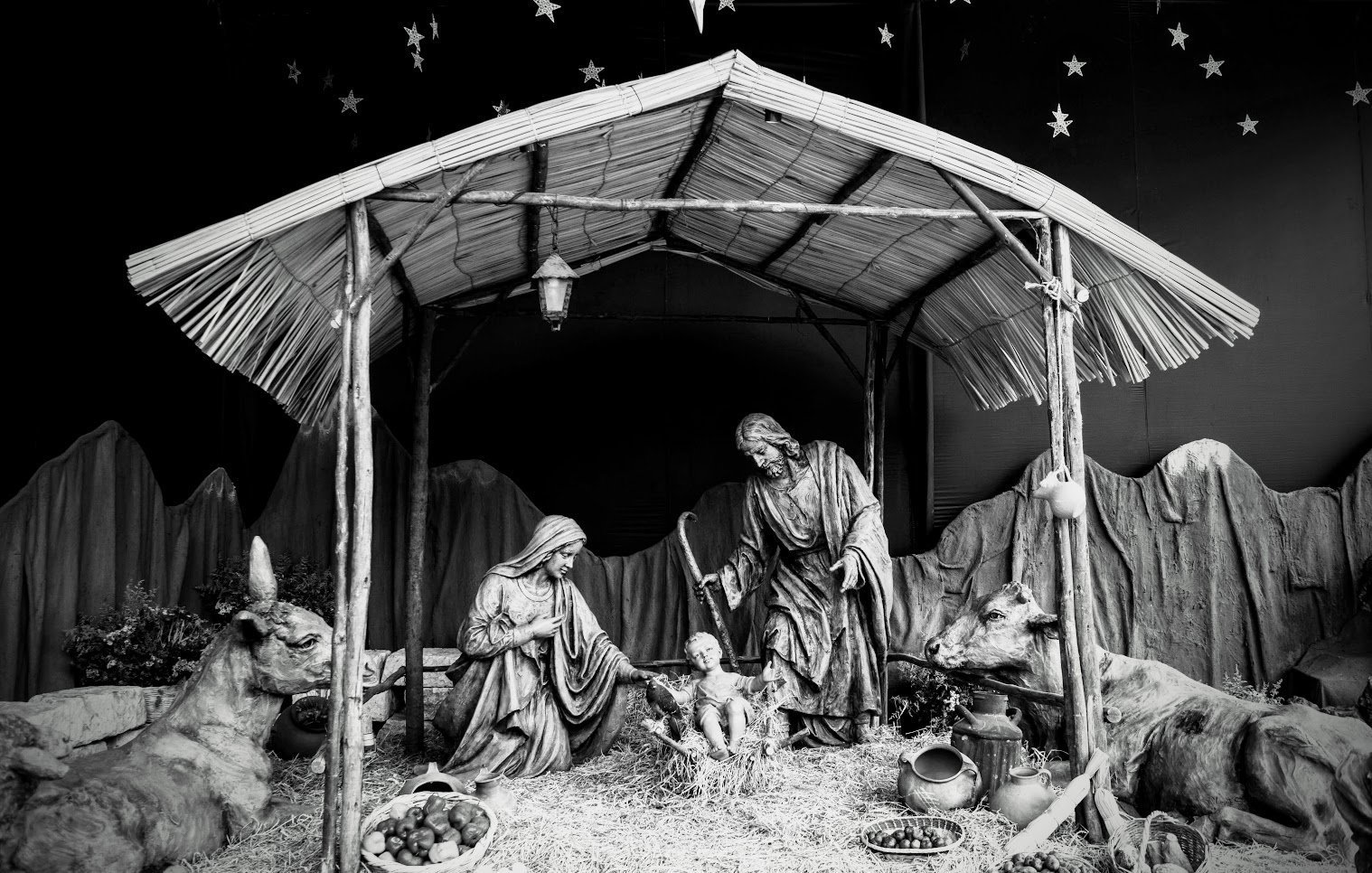 I heard footsteps and squeals. My eyelids were so heavy I could not lift them. I was at once thrilled with anticipation, itching to burst out onto the scene of the presents under the tree, and at the same time, so exhausted that I wished I could make the sun go back down for a few more hours.

Weeks of preparation come to fruition today: buying and making presents, preparing meals and sweets, decorating and sending cards, and explaining the message of our faith with my children along the way. All Advent I have hoped: Maybe my children will see Jesus in a new, more profound way. Maybe they will grow to love Mary the Mother of God and the Christ Child more intimately this season.

Twenty-five years ago, I became Catholic. As a non-Catholic I had engaged in many of the same things—lights, gifts, festivities, and carols. But as a Catholic I am the one who came to see Jesus in a new, more profound way. The Early Church Fathers have a wide-eyed wonder and reverence for the Incarnation and birth of Christ that modern Christianity has mostly lost. One of my aunts captured this loss quite well when she said: “Easter is the real Christian holiday. It is the celebration of Christ’s salvation accomplished through the death and Resurrection of Christ. Culturally, Christmas has become the bigger holiday, but all we are celebrating is Jesus coming into the world in order to do what he really came to do thirty-three years later, which was to die on the cross and then be raised again.”

My aunt’s view was mine until I began exploring the writings of the Early Church. To them, the birth of Christ is itself a salvific event. As St. Athanasius says:

“For this reason did the Word assume a body created and human: so that, having renewed it as its Creator, he might deify it in himself, and thus might introduce all of us in that likeness into the kingdom of heaven” (Second Discourse Against the Arians, 68).

For the Creator to become human—to assume a body and to be born a human being—was itself a saving event. For Athanasius, Augustine, and other Church Fathers, and later, St. Thomas Aquinas, when God chose to save humanity, he did not do so as a “cosmic repair man,” fixing it from without. Rather, God entered humanity and healed it from within. The Son of God became a human person, first a tiny embryo in the womb of Mary, and then a newborn infant in her arms, to transform and restore every single aspect of human life. As he lived each moment, everything that he was, everything that he did, everything that he thought, was to bring divine renewal to it. It was to make it possible that humanity would, as Athanasius says, be deified. It was to make it possible that we might share in the likeness of God. This transformation, deification, restoration, is salvation, according to our faith.

As I scrambled around the living room, helping children assemble their gifts and sharing in their excitement, I wondered if I had done too little. I felt at once the joy and yet inadequacy of my human efforts. Extreme fatigue intermingled with adrenaline, plus a hefty dose of caffeine: that was my “mother’s cocktail” this morning.

In that strange mix of emotions and brain chemicals, I was struck by this awareness: “Today we are saved.” Today Jesus says to me, I am here. I am with you. I am reaching out to you, gathering you up to my breast and embracing you. I adore you, I am infatuated with you, and I love you so personally and so genuinely that all of this is for you. I am here to redeem you, to re-make and restore you in every aspect: your body, your heart, your mind, your having been an embryo, a newborn, and now an adult; I am here to sanctify your role as a mother and every single effort you put into building a home and raising your children. Each moment of small, often mundane labor for your family is glorious in my sight because I have made it sacred.

I did not explain this with words to my children today. We were busy playing board games and making pancakes and eggs. I cleaned the kitchen fifteen times because we kept running out of cups. My bones creaked, my joints tightened up and my hair was a mess. And yet, through it all, I held the message of Christ saving us today in my heart. It was like a candle lit in church, shining its humble little light amid all the hustle and bustle. It was my Christmas Prayer.